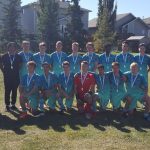 The CNS Infinity won Silver at the U16 Tier One ASA Provincial competition in Sherwood Park this weekend. Way to go CNS Infinity! 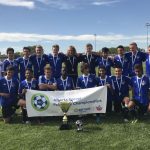 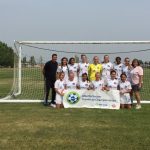 Girls U18 CNS Azzurri team participated in the Tier 2 Provincials in Red Deer on Aug 11-13, 2017.  The team had a slow start to their outdoor season with 2 back to back losses, but turned things around and played the remainder of their season undefeated, earning them the provincial spot.  The girls battled the heat in Red Deer and struggled with many injuries, to successfully bring home a Bronze medal.  For half the team it is the end of their Youth Soccer Career, and they are happy to have finished on a good note. 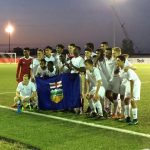 CNS is very proud of Derek Brust who is playing in this year’s Canada Summer Games in Winnipeg. Derek is playing forward for Team Alberta. And it has been fun watching Derek on TSN and influence his team’s success – assisting the game winning goal against Manitoba to get them all the way to the gold medal match. 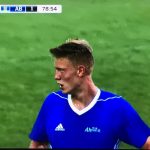 Derek plays for the CNS Hurricanes Boys U17 Tier One team, coached by James Armstrong, and has been doing so since u10. Congratulations Derek, we are very proud of you.

The Canada Games are this country’s largest multi-sport event for young athletes and in 2017 will celebrate their 50th anniversary and acknowledge Canada’s 150th birthday.
Derek will rejoin the CNS Hurricanes following this tournament to compete in Alberta's Bu17 Tier One Provincials competition. Good luck to Derek and the CNS Hurricanes.

Click on the table to see your fixed playing dates for your age group along with start dates and end dates for the 2017-18 Indoor CMSA Soccer league. 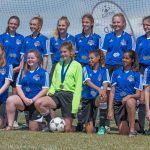 Congratulations to the CNS Avalanche on their third consecutive post-season qualification. The team narrowly missed qualifying for Provincials but represented Calgary at Intercities in Edmonton. They were undefeated against the strong competition and came away with the silver medal. Thanks to our great players, team officials and parents for making this another amazing season.